A Guide to Audax

In brief, Audax is non-competitive, time-limited long distance cycling. The word ‘Audax‘ is Latin for ‘bold‘ or ‘courageous‘, it was first applied to cycling in 1897 when a group of Italian cyclists rode 200km between sunrise and sunset and became known as les Audacieux. These days classic ride lengths are 200, 300, 400 and 600km but rides can be a lot shorter - starting at 50km - and a lot longer. Audax UK(AUK ) has rides that go up to 1,400k and for the really keen there are the Permanents that take in the length and breadth of the country and can be as long as 3,200km. Audax events aren not races, they're are undertaken with the aim of completing the event within a given time. The maximum time to complete the whole ride makes no set allowance for stopping of any kind, no breaks, meals nor mechanical stops. That does not mean you are glued to your bike for the whole time though! Riders stick together as a group or team, generally at a 22.5 kilometre per-hour pace and stop together for breaks. A slight variation are Randonnees, where rather than riding in a group at fixed pace, you pace yourself to build in your own time buffers, allowing you a chance to eat, fix breakages, rest and even sleep on some of the longer rides. Confusingly in England it is common to use Audax as a general term covering both. With both audax and randonnees each entrant usually carries a Brevet card that is stamped at checkpoints along the way to certify that they have completed each section within the speed range: the only race is the one against the clock. Who can take part? Anyone can enter audax events at some level, you just need to be a fit and determined cyclist and have the right equipment. Check the AUK website for details of events coming up and how to enter. Some of the longer and better known audax events such as the Paris-Brest-Paris (1,200km in 90 hours, run every four years, next up in 2007) have a lot of competition for places and they require you to complete qualifying brevet rides to show you are capable of the distance. With the Paris-Brest-Paris you need to complete a full set of qualifying rides: 200, 300, 400, and 600km brevets, all in the same year as the ride itself. The numbers of entrants in events are limited so for the more popular rides you need to be organised and committed to get a slot. The longer 'Permanent' rides can be ridden at any time of the year (hence the name) but you have to be a member of AUK and organise your ride through them. What bike do I need? There is no restriction on what bikes you can ride Audax on, but you might find riding a tricycle a bit taxing. You do see all kinds of bikes at Audax events, but a sensible and common option is a fast touring bike and some manufacturers now even label suitable bikes as either Randonneur or Audax. These are lightweight tourers set up to take mudguards and racks - luggage carrying ability being a useful attribute. You will also need suitable accessories such as panniers and a decent set of lights. It goes without saying that the most important aspect of any audax bike is that it is road worthy and well-maintained.

For prices and Info Contact:Frank Rasey

A Guide to Racing 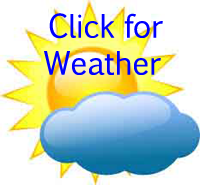